Now Cush became the father of Nimrod; who became a Gibbor on the earth. Genesis 10:8 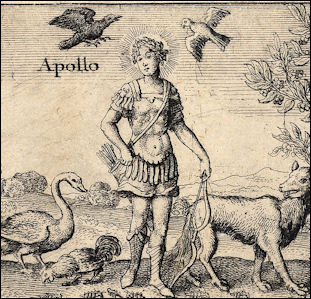 The Nephilim were on the earth both in those days and afterward, when the sons of God came to the daughters of mankind, who bore children to them. They were the Gibborum of old, the famous men. (Genesis 6:4)

For most of my life, Evangelical opinion held that the Antichrist would be Catholic and, quite probably a Pope. With the rise of Islam, many have left that opinion and decided that Antichrist must be a Muslim and that the religion of the Antichrist will be Islam. I am of the opinion that both of those opinions are dead wrong.

The False Prophet may be the Pope. Pope Francis has all of the Biblical qualifications for the post. Antichrist will be a religious man. He will oppose Christ while, at the same time, he will pretend to be Christ. This is why Obama, at least in his mortal state, does not qualify. No one would believe him to be God. It might be a Muslim, like Erdoğan, whom some have proclaimed to be a Caliph and one who speaks for Allah. I rather think that it will be someone we have not yet recognized, but I could be wrong.

As I wrote recently, I believe that the Antichrist will be the spirit of Nimrod /Apollo, incarnate in the body of a man. I literally believe that there will be an assassination, the soul of the individual will go to Hell but his body will be vitalized and used by the spirit of Nimrod. He, as one of the seven, will return and serve as the eighth world ruler. He is the one who was, is not and yet is to be. In his resurrected state, he will be vested with supernatural power and he will be able to call down fire from Heaven in order to prove his point.

All Pagan religion comes from Sumer and from the religion established by Nimrod. Nimrod is “The Father” of the Catholic Religion. He is Osiris, Apollo, Apollyon, Abaddon, Shiva, Allah, Buddha and a thousand others. Rome, in an effort to unite the world, baptized Osiris as the Father, Isis as Mary, Horus as Jesus and made the Pope the one who rules in the place of Christ, the position the bible gives to the Holy Spirit. Rome founded Islam as a tool to rid Arabia of Bible believing Christians but they lost control of their bastard child. The Mary, revered by Catholics and Muslims alike, is none other than Isis, the sister/wife/mother of Osiris/Horus. The Hindu god, Shiva, can be traced directly back to Nimrod.

Because all false religion goes back to Sumer and the religion of Nimrod, I am of the strongest opinion that the Religion of the Antichrist will be the religion of Nimrod. Nimrod will again be both King and God. Pope Francis has backed so far away from traditional Catholicism that traditional Catholics are calling him the Antichrist. Jews, Muslims, Hindus, Evangelical Christians and Rastafarians are all looking to Pope Francis for leadership, in the hopes that he can unite the world’s religions and stop the conflict.

You will never unite the world by insisting that everyone become Catholic or Muslim, Hindu or Buddhist. It will not happen. However, a little supernatural demonstration, like calling down fire from Heaven, should be enough to convince Catholics, Evangelical Pagans, Muslims, Hindus, Buddhists and even Atheists to revert back to their common root… All pagan religions can be convinced to regress back to the original pagan religion, allowing Nimrod to become god and king.

World War Three is at the door. It should bring about the death of one third of all mankind. Europe and the United States are imploding and self-destructing. Things are going to get very bad, very fast. The world is going to be in need of a savior. Antichrist, resurrected from the dead and endowed with the power to call down fire from Heaven, will claim to be the Christ. It is going to be a time of the supernatural.  False miracles and wonders will abound. We will have fairies, giants and ancient gods walking among us… All of the supernatural things, spoken of in Scripture, are about to happen before our very eyes… and the whole world will unite behind Nimrod and his father, the Devil… the Serpent of the Garden…

This is my vision and what I see coming. I do not claim to be a prophet… I could be wrong.

They had as their king the angel of the abyss; his name in Hebrew is Abaddon, and in Greek he has the name Apollyon… Revelation 9:11