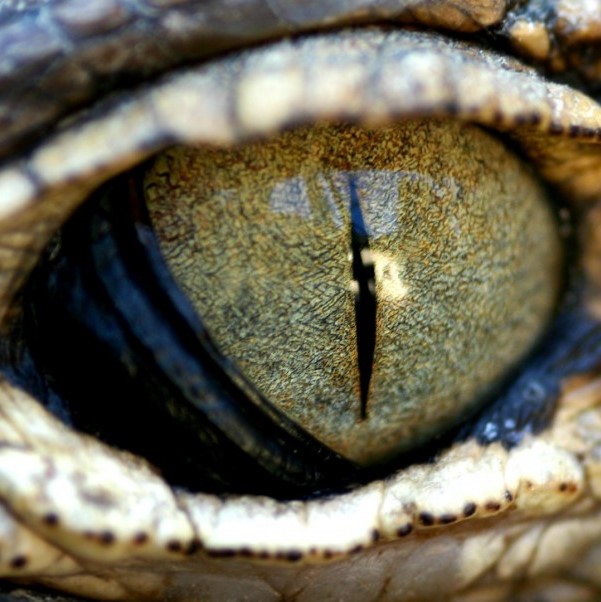 2 Thessalonians 2:9 The coming of the lawless one is based on Satan’s working, with all kinds of false miracles, signs, and wonders, 10 and with every unrighteous deception among those who are perishing.

Matthew 24:37 As the days of Noah were, so the coming of the Son of Man will be.

If you understand Genesis 6, if you have read the book of Enoch, you know that there is more than just the element of surprise in Jesus comment, “As it was in the days of Noah…” In the days of Noah, we had a group of beings on this planet who are called Benei HaʼElōhīm, the Sons of God. Whether you call them fallen angels or aliens makes no difference, they were not human, but they mated with human women and produced a bastard race of giants called Gibborum. These Gibborum took over the human race and nearly extinguished it.  Scripture says:

Genesis 6: 9 (KJV) These are the generations of Noah: Noah was a just man and PERFECT IN HIS GENERATIONS, and Noah walked with God.

This is one place where KJV got it right… This is what the Hebrew says. The meaning of the phrase is that Noah was still fully human, he had no Nephilim blood… His descendants could bring forth the promised Messiah, something impossible for the mixed breed people who made up the majority of the creatures dwelling on earth.

[Did you know that “Atlantis” refers to the Antediluvian world? Noah lived in what the world now calls Atlantis. This was an advanced society… They could and did build the pyramids… Something that we, with all of our technology and equipment, could not do today!]

“As it was in the days of Noah…” gives us the first clue that they are returning. As a matter of fact, they are still with us.

Genesis 6: 4 The Nephilim were on the earth BOTH IN THOSE DAYS AND AFTERWARD, when the sons of God came to the daughters of mankind, who bore children to them. They were the powerful men of old, the famous men.

“In those days” refers to the days of Noah. “and afterward” refers to the time after the flood. We find them in the promised land when the Children of Israel went in.

Numbers 13:33 We even saw the Nephilim there–the descendants of Anak come from the Nephilim! To ourselves we seemed like grasshoppers, and we must have seemed the same to them.”

God told the Israelites to kill them all, but we know that they did not do that. Goliath and his brothers were Gibborum, sons of the Nephilim. Archaeologists are digging up skeletons and skulls of Gibborum in Peru today. Native Americans in the United States tell of a race of cannibalistic giants, with six fingers and six toes, who once peopled the North American Continent.

More than that, the Illuminati… the Luciferian Elite… the Cabal… whatever you want to call them, the families who run the world today, claim to be Gibborum… descended from the Nephilim. This is why they are so very careful to intermarry… to protect the bloodline. Mayor Von Rothschild made all four of his sons marry first cousins…  This is why the marriage of Prince Charles to Dianna was considered an unpardonable sin… her family is not of Nephilim blood and her children may or may not carry the blood necessary to rule… They are, in their own minds, “The Elect,” those born to rule over the “Useless Eaters.”

This Cabal, and the Reptilian Aliens (demons) with whom they claim to communicate, have ruled the world since the days of Queen Elizabeth the First. If you are interested, check out the life of John Dee, her Court Wizard. (The original guy with the beard and the pointy hat) He rediscovered Black Magic, and the Elite have used it ever since as a means of communication with their precious Reptilian Aliens and the source of the power and authority by which they rule.

To give you an idea of the power of John Dee, not once, but twice, the Spanish sailed huge Armadas to England to conquer her. Queen Elizabeth asked John Dee what to do. He told her not to worry about it and to do nothing. Both times the Armada got within sight of the British on the shore. Both times a huge storm came up and destroyed the Spanish Armada… Think about that one… That power remains with the British Throne and the Cabal that rules America.

That power remains with the British Throne and the Cabal that rules America.

That Cabal, with their dark satanic powers, is about to collapse and die. Not only that, accompanying that fall will come the full disclosure of the Aliens (Nephilim) who have empowered them and to whom they are related. They are going to be outed and defeated by a new Alliance. The head of that Alliance will become the Antichrist… he is “The Man of Sin.” The miraculous and the Supernatural events that accompany that “Disclosure” are going to be powerful beyond belief… and God himself is going to send  a great delusion so that those who do not now love the truth will be deceived. God says that they will be deceived and that it is He who will cause them to be deceived.

2 Thessalonians 2:11 For this reason God sends them a strong delusion so that they will believe what is false, 12 so that all will be condemned—those who did not believe the truth but enjoyed unrighteousness.

But there will be a double disclosure. We will not only find out about the Black Magic and the evil “Aliens” who have empowered the Cabal that has enslaved us, we will find out about the White Magic and the good “Aliens” who have empowered the Alliance that has saved us… Again, God will send a great delusion upon all who have not loved the truth , and they will believe the lie.

Somehow, I believe that the leader of the great alliance that rescues us will be killed in the fight… but he will be resurrected by the leader of the “Good Aliens” who rescue us from the Cabal and the “Evil Aliens” that have enslaved us… and they, the Good Aliens, will be marrying and giving in marriage up until the day that Jesus splits open the Heavens and returns with his Saints to reign.

Revelation 9: 11 They had as their king the angel of the abyss; his name in Hebrew is Abaddon, and in Greek he has the name Apollyon.

The Bible has told us what we need to know. Everything must be run by the Scriptures. The Bible does not tell us everything but there are other books and other sources that can add to that knowledge. There are men to whom God is revealing these things in these last days…

I would hope that some of you will check out the things I say here… that you will search for more knowledge and that you will run everything you learn past the Scriptures… Much of what you learn… much of what I have written here, will violate the sacred interpretations of past professors of prophecy. That is unimportant and should be ignored… The only question should be: “Does this violate or agree with Scripture?”

The only question should be: “Does this violate or agree with Scripture?”

I trust that what I have written here, while somewhat based on extrabiblical texts, will do both… it will violate interpretations of Scripture made in the past by venerated theologians and it will agree with and compliment Scripture.

My prayer is that, even if you refuse to believe this now, when it happens, God will jog your memory and you will be aware of the truth and avoid the delusion that will overwhelm and overcome the church…

Yesterday, I put up a meme on Facebook that proclaimed a false gospel. Under the meme I asked how many people had heard that message in their churches. I was looking to find out how wide this apostasy has spread. Boy did I get the message…

The comments under the meme started coming, “Amen, Brother, preach it!” and “Amen, I believe it!”

That was not the response I expected under a meme proclaiming a false and apostate message.

If you pay your tithe,
raise your hands,
sing loudly
and tithe,
God will make you wealthy and
take you to Heaven when you die.

I have news for you…

You can go to church every week until you die.
You can raise your hands,
Sing more loudly than anyone else
Pay a double tithe,
And go to Hell when you die…

If you want to go to Heaven…

You must believe in Jesus,
Not just any Jesus,
Not the Jesus your preacher dreamed up in his head,
Not the Jesus of your imagination,
The Jesus of the Bible.
You must know that Jesus personally,
You must deny yourself,
Take up your cross
(Don’t worry, it will kill you dead)
Fix your eyes on Jesus
And follow him.
You must agree with God
That what He calls sin
Is sin
And what He calls an Abomination,
Is an Abomination.
You must confess your sins
And ask for forgiveness.
You must be washed in the Blood of the Lamb
And made clean.
You must trust in Him
And in Him alone
For your Righteousness.
You must walk away from your
Sinful lifestyle.
And walk in holiness.

When I was growing up, we had an altar call for Salvation, Repentance and Rededication… in every service.
1. Sunday Morning
2. Sunday Night
3. Wednesday Night.

It did not matter what the topic of the Pastor’s sermon, it always ended with a call to repentance, righteousness and salvation… Sinners felt the conviction of the Spirit… You could watch them squirm…

You know what is sad, It has been more than ten years since I have seen an altar call for repentance, righteousness and salvation…

More than that, I have gone to church with unconfessed sin in my life and walked out, an hour and a half later, with the same unconfessed sin and never felt the slightest twinge of conviction… God always dealt with me later, but nothing I heard in church would have ever brought conviction to my sinful soul…

Folks, if preachers refuse to call people to repentance, if they refuse to even tell people what the Bible says about Salvation, Heaven and Hell, if they continue to refuse to preach against sin, not only is this nation damned, pretty near every single person in this nation will be damned.

That is the truth…