The Phoenix, pictured in the Great Seal and called an eagle by the uninitiated, is an amazing creature, central to pagan religion. The phoenix dies in the fire and is birthed, or born anew, out of the smoke and flames of its mother.

It is very important that you understand the basics of pagan religion. The enemy we face today is not atheistic, the enemy is extremely religious. What is happening in the world today is not random but religious. The New World Order is being birthed with religious pageantry. The United States is being brought down with religious fervor. Everything from CERN to politics is driven by pagan religion. It is the religion of Nimrod and Babylon, in all its mutated forms, that is the center around which all current events revolve.

I cannot teach you all about pagan religion in a blog post. You will need to do a lot of homework. I am going to try to give you some of the basics, use those basics to explain current events, and point you in the right direction.

Paul stood up in the public square in Athens and said:

“Men of Athens! I see that you are extremely religious in every respect. For as I was passing through and observing the objects of your worship, I even found an altar on which was inscribed: ‘TO AN UNKNOWN GOD’…”

Paul took the time to study their beliefs and then used their own beliefs and words as a foundation from which to present the Gospel in terms to which the Athenians could relate.

“I have done this so that we may not be taken advantage of by Satan. For we are not ignorant of his schemes.”

The point of this post is that you need to understand the religion of the pagan, if you would witness to him, and you must be aware of Luciferian religion (schemes) if you would not be taken advantage of.

The government of the United States was founded by Luciferians. These men followed a plan, developed in Hell and revealed to men like Sir Francis Bacon and Adam Weishaupt. Everything from thirteen colonies being united into one to the choice of the year 1776 was based on Egyptian religion, taught by Weishaupt and written by Sir Francis a book called, “The New Atlantis.” All this was done in secret and Christians were taught that these were “Christian” principles.

The United States was formed by a violent revolution. It could have been founded without war or bloodshed but it could not be simply “founded”, it had to be “birthed”. Birth produces a living thing, and the United States had to live as a spiritual entity. Birth cannot be accomplished without blood and pain… there had to be pain and bloodshed; thus, the Revolution.

The Phoenix, pictured in the Great Seal and called an eagle by the uninitiated, is an amazing creature, central to pagan religion. The phoenix dies in the fire and is birthed, or born anew, out of the smoke and flames of its mother. The United States is, to the pagans, the mother of the New World Order. What was accomplished on one continent must now be repeated on a world-wide scale. The New World Order is the United States, like a phoenix, born out of the fire and smoke of its mother; born stronger better, and bigger than its predecessor.

Birth involves pain and blood. The phoenix is born out of the fire and smoke of its predecessor… these are basic truths to the Luciferian and Masonic religion. Remember that the gods are inspired to act and controlled by that which happens on earth. The Luciferians, whether they be the Elite who understand and commune with Lucifer, or the Roman Jesuit, or the Muslim Cleric, or the American Politician, all understand that the new cannot be birthed outside of pain, death, bloodshed, and fire. (This is why Sherman had to burn the South.)

The Luciferians are committed to the idea of a New World Order:

It takes hundreds of hours of study and the help of God’s Holy Spirit to really understand the big picture. Please note that this is the inverse of the picture painted in Scripture but they fit together like a hand in a glove.

Why am I sharing this, knowing that it could cost my life and the lives of my family? “I have done this so that we may not be taken advantage of by Satan. For we are not ignorant of his schemes.”

After an hour or so, the people were in a demon induced frenzy. The holy man, who had been sitting alongside the fire, smoking his hallucinogens, stood slowly and approached a girl of about 14 years of age, quietly tapping her on the shoulder… 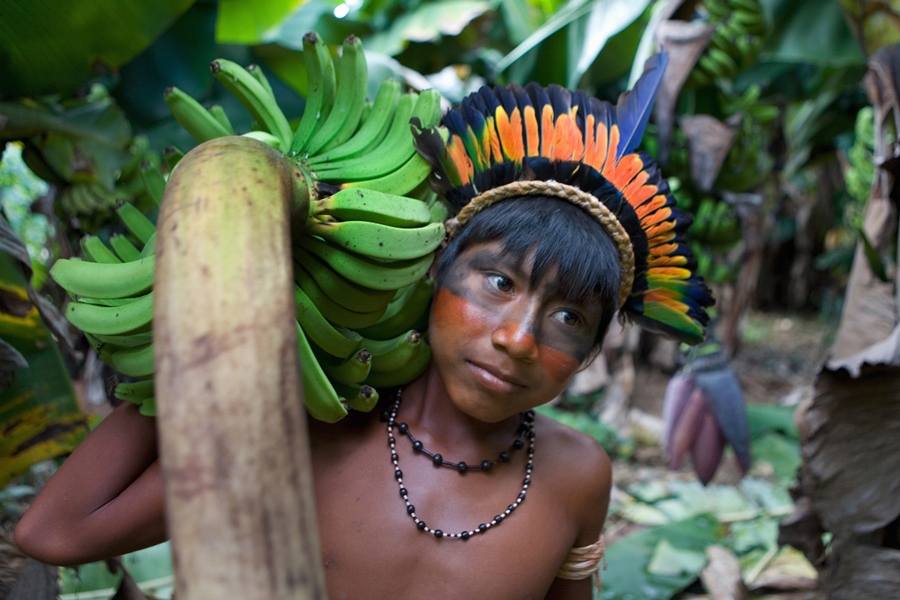 This is a true story:

The little bird that twitted from branch to branch was innocent enough but the demon, who pretended to be the god that bird had come to represent, was bloodthirsty and evil beyond imagination.

The people who called the little bird God were gathered around the fire, as naked as the day they were born. Slowly at first, but then more rapid and insistent, the drum began to beat in that beat so familiar to Satanists around the world.

After an hour or so, the people were in a demon induced frenzy. The holy man, who had been sitting alongside the fire, smoking his hallucinogens, stood slowly and approached a girl of about 14 years of age, quietly tapping her on the shoulder. Taking his cue, she approached the fire and quickly threw in her first-born son. The baby screamed for a second or two but was quickly silenced by the flames that snuffed the life from his tiny body.

And the Bird-God, speaking through the shaman, promised to protect the tribe from the cannibals they feared with an unnatural terror.

Standing beside the fire stood a young boy, perhaps ten years old. Suddenly sickened by the sight of the burning infant, he ran into the woods, weeping. “God” he cried, “if you are a god, you cannot want a mother to throw her child into the fire.” Dazed and confused, he ran; not knowing where he was going. He would run for a day and a night, passing through impassable jungle, weeping and calling out to a God he did not know.

Some twenty miles from his tribe, on a major river in Ecuador, stood a strange, almost American looking house. The young couple who lived there were missionaries. They had heard of the boy’s tribe while still in Bible College and determined that they would reach that tribe for Jesus. Moving to Ecuador, they had no way of contacting the tribe. Other Indians, even Christians, were terrified of the Tribe. The word on the river was that the tribe beheaded and roasted any outsider they came across. No one would venture into that part of the jungle.

Not knowing what else to do, the young couple built a house on the river, as close as they could safely get to the tribe. For more than a year, they would pray for the tribe every day. It wasn’t much… some of their supporters were getting impatient and their support check begin to get smaller by the month… Still they prayed for the tribe that everyone assured them could not be reached.

Then came that morning. Rising at sunrise, coffee in hand, they went out on the front porch to pray for their beloved but unknown tribe. There, to their great surprise, on the top step, lay a bloodied and exhausted little Indian boy…

That boy would become a son to them. He learned English and Spanish and he learned the Bible. In the Bible and through his newly adopted parents, the boy met and came to know the God he had called out to the night the baby burned.

Two years later, at the ripe old age of twelve, he returned to his tribe and told them of the savior he had come to know. Soon they sent him back to the river to fetch the people of this marvelous God who loved them so much that He gave his own Son to deliver them. Surely, this God was more powerful than the little bird god who demanded the lives of their sons.

Within a few months every member of the tribe had confessed Jesus Christ as their Lord and Savior.

I heard this story straight from the mouth of those missionaries. That was in the 1970s and they were older and retired even then. Surely they are in Heaven now but I have never forgotten their story.

Hebrews 11: 8 By faith Abraham, when he was called, obeyed and went out to a place he was going to receive as an inheritance. He went out, not knowing where he was going.

Sometimes, no, often God’s ways are beyond our understanding. Would you move to the jungles of a foreign land, build a house and pray every day for a people everyone assured you could not be reached? When finances dwindled and you were reduced to eating nothing but beans and eggs every day, would you stay? If your answer is no, you need to repent and get right with God… God uses people who do not have to understand the details…