Could the AntiMessiah even fake a battle of Armageddon where he appears to defeat those whom Christians would label as “evil”? 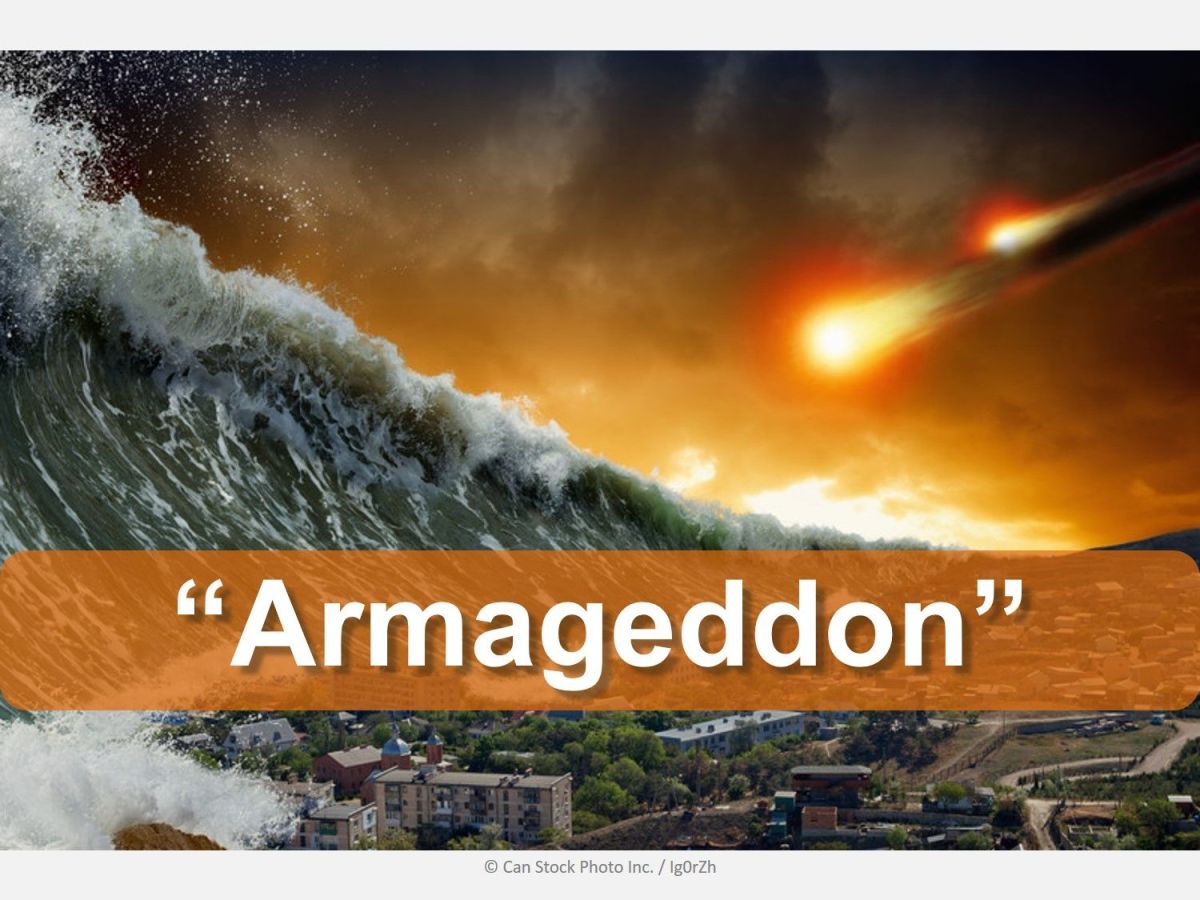 Could the AntiMessiah even fake a battle of Armageddon where he appears to defeat those whom Christians would label as “evil”?

This morning, I listened to Gary Wayne speaking at the 2020 True Legends Conference. Gary builds an almost bullet proof case for the “Gap Theory”. His case is so strong that I would suggest that we start calling it the “Gap Doctrine.” This is the teaching that I have long held to be true… The word translated “was” by the KJV Translators in Genesis 1:2 is much better translated as “became.” There was a huge gap between Genesis 1:1 and 1:2. This gap included a preadamic race that was destroyed by fire when Lucifer rebelled. The earth became formless and void and God remade the earth following that.

That is an argument that Gary takes almost three hours to build. I cannot prove anything here, but that is not new to me… What shook me up was when he suggested that the deception regarding the Antichrist will be so great that he even fakes an Armageddon, appearing to defeat the forces of evil in a great battle!!!

Trump and his forces seem to be working hard at building that deception… the lie which a delusion sent by God, will cause those who “have not received a love of the truth” to believe…

A Large group of Evangelicals, “United in Purpose” or “UIP” has endorsed Trump and is working to convince Christians to reelect him. “THE COVID VIRUS has been a gift from God,” began Ken Eldred, the group’s leader. “The kingdom of God advances through a series of glorious victories, cleverly disguised as disasters.”

The group is decidedly Dominionist, teaching that the church must conquer the world, by force if necessary, (think Roman Crusades). Only when we have physically established the Kingdom of God on earth… Only when Christians rule the world can Jesus return to rule the kingdom we have established for him.

This is the Doctrine of the Antichrist and he will promise to support them and to lead them to victory. They will love him for the same reasons they love Donald Trump.

Speaking of the President, DONALD TRUMP’S CAMPAIGN to change the subject from the coronavirus pandemic took a bizarre turn on Thursday, as the president paused during a speech at a Ford Motor Company plant in Michigan to praise the “good bloodlines” of the family descended from the firm’s founder, Henry Ford, a notorious anti-Semite and favorite of Adolf Hitler.

In an apparent ad-lib, Trump looked up from his prepared remarks — which praised the firm for teaming up with General Electric to produce ventilators and face shields for medical workers — to observe that Henry Ford’s descendants, like the current chairman, Bill Ford, who had introduced the president, have “good blood.”

Yes, read your history… Henry Ford was one of Adolf Hitler’s idols…

To the Christian who does not know the Scriptures, the AntiMessiah is going to look like Jesus Christ himself… The deception is being laid now. They have been working on the deception for centuries. It is getting deeper and more believable by the hour.

Yes, the AntiMessiah will come to save us from the godless Left. He will preach morality and promise wealth, health, and peace. He will be so good that Christians will gladly overlook his vanity, his profanity, and his blasphemy… “My God!” they will exclaim, “He wants to protect the Church… he hates Liberals and Atheists and he is going to save Babylon, my job, my position and my stuff!!! Why wouldn’t I follow him?”

That I knew… but even faking a Battle of Armageddon? That is a new one! Somehow, I cannot help but believe him…

If we all worship Osiris, Horus, and Isis, there is no argument, no reason to fight or die… You can call them by whatever names you like… 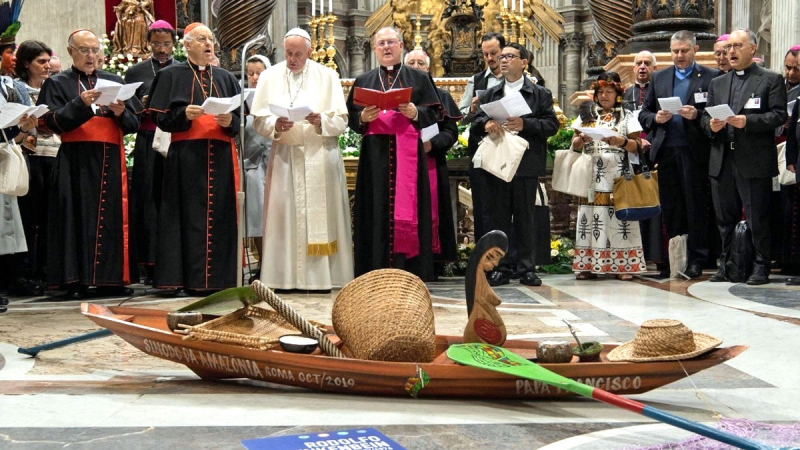 Let me tell you a secret…

With the single exception of Biblical Christianity, all religions come out of Babylonian Mysticism…

Even Orthodox Judaism which takes its doctrines out of the Babylonian Talmud and the Kabbalah.

Roman Catholicism simply baptized Osiris, called him the Father, Horus, called him Jesus and Isis, calling her Mary, Mother of God and Queen of Heaven. They crowned a Pope and said that he is the stand in for God, sort of a Unholy Spirit who poops and spits…

Anglicans, Protestants, Evangelicals, Charismatics, Pentecostals and even Muslims come out of the Roman Church. Mohammad’s first wife was a Nun, released from her vows… She was old enough to be his mother.

Mary, called Maryum by Muslims, is the only woman mentioned in the Koran… Not Eve, not even Mohammad’s mother… only Mary… They are worshipers of Osiris and Isis.

The Pope has dropped “Vicar of Christ”, preferring to rule in his own name. (John 5:43) He is reverting to Babylonian Mysticism and the religion of ancient Egypt…

Watch him, he is calling on all religions to drop all that separates them and regress into the ancient religion they all hold in common… No one has to accept a new religion… they only have to go back to their roots…

The Dominionists, the New Apostolic Reformation, the Seven Mountaineers, the Word of Faith Practitioners, the Liberal churches, the Megachurches and the Televangelists are excited… This they can do… Unity will stop all the wars… If we all worship Osiris, Horus, and Isis, there is no argument, no reason to fight or die… You can call them by whatever names you like… just confess that, whatever the name, he is (they are) the same god(s).

The Muslims, the Hindus and the Buddhists are all coming aboard… I mean, if Krishna, Buddha, Allah and Jesus are all the same god… Wow!!!

If you understand this, much of the stuff (including Trump Worship) you see and read will suddenly make sense…

The end of the Church Age will be like the beginning… The Pagans will drop all pretense of modern religion and the Saints will be persecuted. Everything returns to its roots.

I am thinking about starting a class at https://classroom.google.com The class code is  tfby43j Go to the site, sign in and go to the class by entering the code.

There is nothing there yet. I am going to post a little just now. If enough people sign up, We will make it work… A lot more personal interaction and a class type environment. No heavy weight… You do not need to pass to get into Heaven! 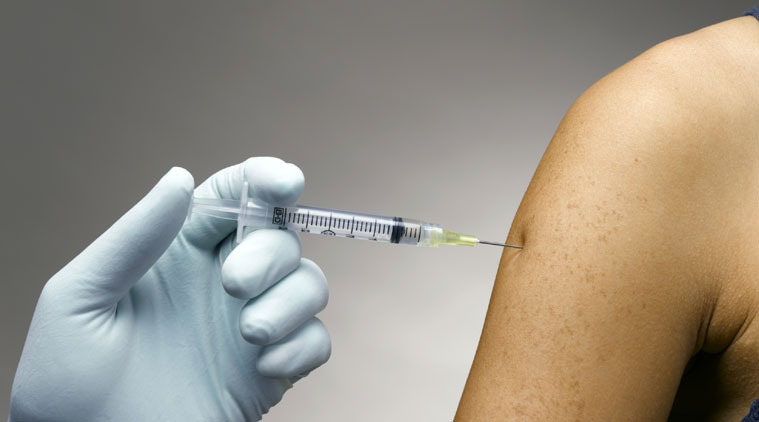 Use wisdom here… Pray before you take…

This kind of genetic modifying vaccine has never been given to humans before… NEVER… First person was vaccinated yesterday in their speedy kinda/sorta almost trial!!!

This thing modifies the messenger gene “Sort of like the body does it naturally.” says the “Expert”. 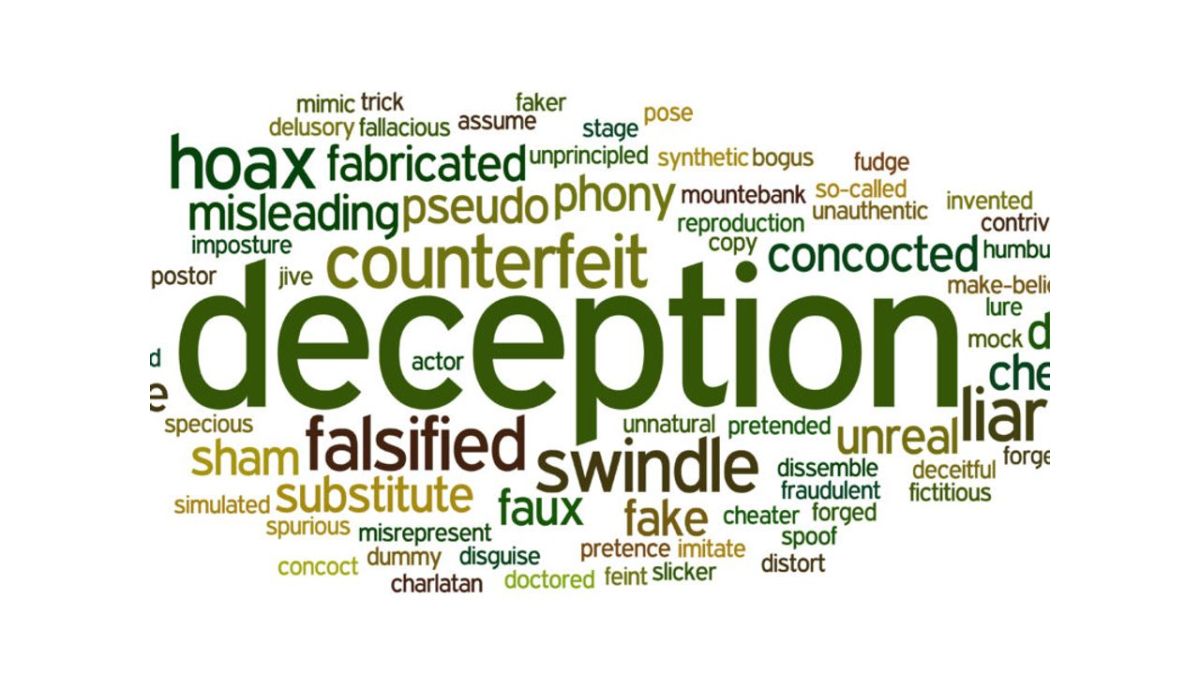 Corona Virus, Lucifer, Babel, and the New World Order… Putting it all together…

Some would still prefer to believe a forced humanistic, but not so rational fairy tale than to accept the Bible as the Word of God… 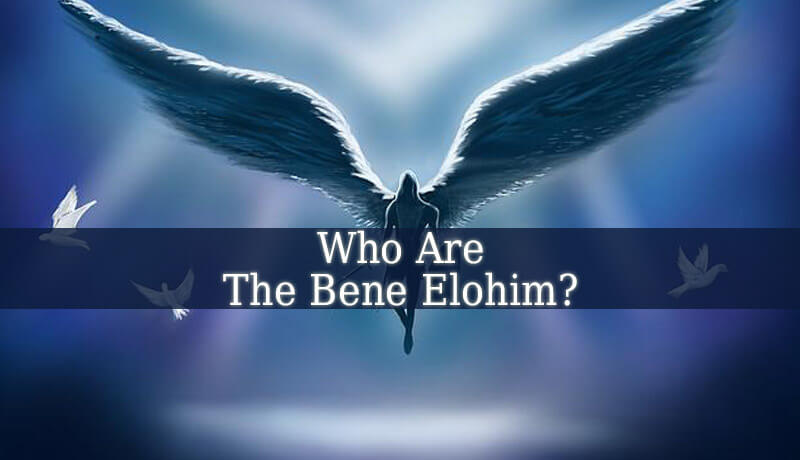 Numbers 13:33 “There also we saw the Nephilim (the sons of Anak are part of the Nephilim); and we became like grasshoppers in our own sight, and so we were in their sight.”

According to him, the giants in Numbers 13:33 were just evil men and the Bible was in error and the spies were exaggerating out of fear. The Bible also lied and exaggerated the size of Og’s bed and the stature of Goliath…

I Pity the Rational Christian who has been taught to explain away the supernatural and force illogical and humanistic interpretations on Scripture.

So the “Good” sons of Seth slept with the “Evil” women of Cain and that union produced people so evil that the fear motivated people exaggerated and called them giants?

The only reason you would insist on that idea is that you refuse to accept the supernatural.

Job 1: 6 Now there was a day when the sons of God came to present themselves before the Lord, and Satan also came among them. 7 The Lord said to Satan, “From where do you come?” Then Satan answered the Lord and said, “From roaming about on the earth and walking around on it.”

To believe that fallen angelic beings mated with human women and produced a race of giants and superheroes makes sense… but you have good human men forcing themselves on evil human women and producing the Nephilim who were so evil that the writers of Scripture exaggerated and called them giants.

First of all, if they were good, why did they take evil wives? Secondly, What would make the progeny of Seth and Cain more evil than either of the purebred races? That makes no sense at all and only a person well-schooled in rational theology could even imagine such a fairy tale…

Yet some would still prefer to believe a forced humanistic, but not so rational fairy tale than to accept the Bible as the Word of God…