What do you do when you understand that the loss of all things is a distinct possibility? 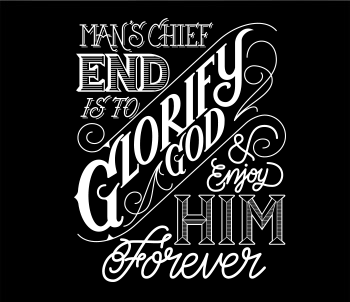 Why am I so depressed?
Why this turmoil within me?
Put your hope in God, for I will still praise Him,
my Savior and my God.

Modern Christianity has been centered on the believer; My faith, My praise, My worship, My healing, My blessing, and so on, ad nauseum. Preachers have preached messages on how God wants to bless YOU, YOUR Healing, YOUR faith, and on and on and on. They have concentrated on health and wealth; “Your Best Life NOW!” (If your best life is now, you are going to Hell when you die!) Songs seem to emphasize the believer I worship you… I adore you. Blessings are all in the here and now. It was not always so…

In the Depression of the 1930s and the pain of the Second World War in the 1940s, Songs and sermons were centered on God and Heaven… The whole focus was “Over There.” We were suffering here and now, but God would make it right over there.

We are moving into a period that will bring greater pain than did the Great Depression or the war. Unfortunately, the Church has bought into a big lie; God loves America so much that He will never allow America or Americans to suffer loss. We have draped the Cross with an American Flag and given the Gospel a distinctly American twist. We have imagined that God sits on a red, white and blue throne and that Jesus lounges around Heaven in red, white and blue pajamas… To convince American Christians that Judgment is about to fall on the United States of America and that the country we have known will soon cease to exist, is almost impossible; after all, “We are a Christian Nation!”

Do such things really happen to God’s Children? A reading of the Bible, both the Old and New Testaments will clearly reveal that they do… A quick read through Foxe’s Book of Martyrs will open your eyes to reality… A quick Google search on Christian Persecution will make you want to throw your computer across the room… Jeremiah wrote of the suffering in Jerusalem during the Babylonian siege:

“Arise, cry aloud in the night at the beginning of the night watches; pour out your heart like water before the presence of the Lord; lift up your hands to Him for the life of your little ones who are faint because of hunger at the head of every street. See, O Lord, and look! With whom have You dealt thus? Should women eat their offspring, the little ones who were born healthy? Should priest and prophet be slain in the sanctuary of the Lord? (Lamentations 2:19, 20)

If these things happen to God’s children, the children of promise and the receivers of the Covenants, why believe in God or follow him? Is this not depressing? Should we not grab our Teddy Bear and go sit in the corner, rocking and weeping?

I tell you no! Lift up your head, your redemption is closer now than it has ever been! You just need to change your focus from earth to Heaven, from the temporal to the eternal and from yourself to God. Christianity is not about you, it never was. Christianity is about God and about his Christ.

The WESTMINSTER SHORTER CATECHISM asks, “What is the chief end of man?” and gives the answer, “Man’s chief end is to glorify God, and to enjoy him forever.” Whatever you think about the catechism, that is the correct answer. The answer of the modern preacher may be, “To be glorified by God and made healthy and wealthy… but the catechism reveals the Biblical answer.

If the current and soon coming suffering are not to depress you, there are several things that you must do:

Paul wrote, “My goal is to know Him and the power of His resurrection and the fellowship of His sufferings, being conformed to His death…” (Philippians 3:10)

Peter wrote, “But rejoice as you share in the sufferings of the Messiah, so that you may also rejoice with great joy at the revelation of His glory.” (1 Peter 4:13)

Paul was beheaded and Peter was crucified upside down. Awful, right? Do you think that they regret that today?

Christianity is not about you… IT IS NOT ABOUT YOU!

What is the end of the matter?

After this I looked, and there was a vast multitude from every nation, tribe, people, and language, which no one could number, standing before the throne and before the Lamb. They were robed in white with palm branches in their hands.  And they cried out in a loud voice:

Salvation belongs to our God,
who is seated on the throne,
and to the Lamb!

I want to be in that crowd… I want to stand right next to you!