It pleased him to think that this was a more handsome body than the Nazarene had used. This body was tall and solidly built. Light skinned with the features of an Arab prince. Only that open sore kept the visage from being perfect. The wound proved the resurrection; it was enough. 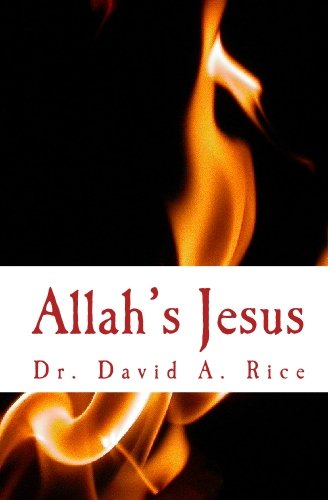 Hell stared out through human eyes. Satan, the ancient enemy, now incarnate in the body of a man called Jesus. It was the ultimate coup; in the battle that had raged since before time, he was the victor.

He sat at a dressing table in the Royal Waiting Room. Like the surrounding temple, the room was magnificent. The trappings of royalty surrounded him, gold and silver, jewels, priceless rugs, and paintings worth millions of Euros abounded in overstuffed abandon.He was no Shepherd born in a stable; he would have none of that.

As he stared at the human face in the mirror, he thought how the open wound above his right eye made him look like that Shepherd from Galilee. Although not scarred beyond recognition, he too would have a visible scar. It pleased him to think that this was a more handsome body than the Nazarene had used. This body was tall and solidly built. Light skinned with the features of an Arab prince. Only that open sore kept the visage from being perfect. The wound proved the resurrection; it was enough.

It was his Coronation. Today was his day. The Scriptures of Jews and Christians had given him magnificent titles, “The Prince of the Power of the Air” and “The God of This World.” Today mankind would crown him “Supreme Leader” and worship him. He felt anxious but he had waited millennia and he could wait an hour more.

Outside, in public view, a second figure waited. Chained spread-eagled to a wall, his feet inches above the ground, Jeremiah waited. His muscles cramped and pulled against the chains; he was in agony; he had fought hard and long but he had lost.

Today the man Jeremiah knew to be the Antichrist would be crowned. Today the first truly “One World Government” since Babel would be empowered. Even his beloved Israel had lowered the Star of David in exchange for this temple. He knew his future; today he would die. The crowd taunted him, holding up their golden programs; showing where his execution fit into the ceremony. Even the sure and certain knowledge of a future in Heaven could not remove the fear from his stomach or the shame from his heart. It would be over in an hour; he had no choice but to wait.

The battle is ancient and the victory is sure but we must go back six and a half years to where my story begins.

It is good fiction, The first page, reprinted here, is still good stuff, but the rest of the book does not represent my current understanding of the End Times scenario.