There is a very real but unseen world around us. Every once in a while, God opens a servant’s eyes and lets him see the unseen… 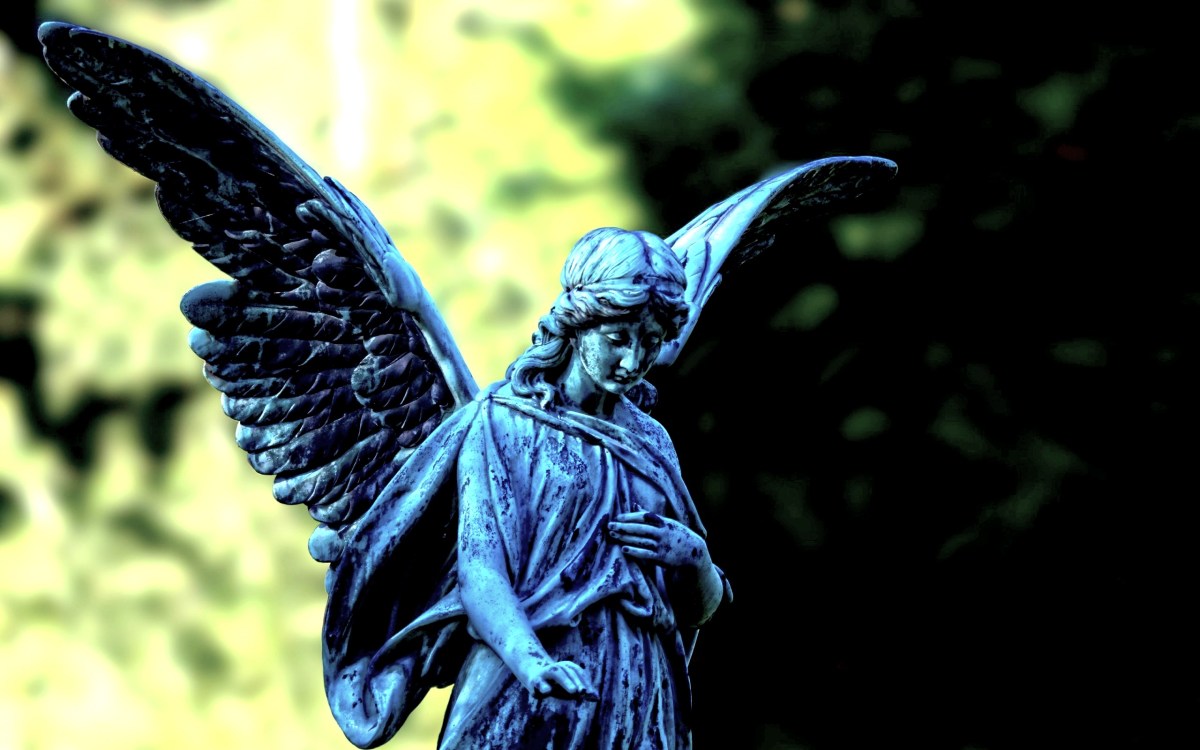 I believe in miracles. Demonic possession is demonic possession and demons flee in Jesus Name. The sick are cured and the lame walk… I know; I have seen it with my own eyes. Are there charlatans who take advantage of the ignorant and the poor? Of course there are. Does that mean that God doesn’t heal and set free? Of course it doesn’t. The miracles of the Bible were really miracles. The demon possession in Scripture was really demon possession. God’s Word is a supernatural book that speaks of supernatural events and presents a supernatural worldview.

They had as king over them the angel of the Abyss, whose name in Hebrew is Abaddon, and in Greek, Apollyon. (Revelation 9:11)

I am going to propose that the events surrounding the Last Days and the Great Tribulation are both literal and supernatural. For years, I have held with highest suspicion, the works of modern End Times Apologists, those who would explain the demonic apparitions spoken of in Scripture as helicopters and modern instruments of war. The problem is that many of the same things have been reported throughout history as well as in the Bible. From angels to entire Heavenly Armies, men, at various times have been permitted to see through the veil and observe the invisible forces of God and of the enemy. Certain spirits and demonic creatures are about to be released from Hell as the Nachash, the serpent from the Garden of Eden, rises incarnate. This is the one known as Osiris, Apollo, Nimrod, Hiram Abiff, Mahdi, the 12th Imam and a hundred other names. Christians are expecting the rise of the Antichrist but they are not alone; pagans around the world wait with baited breath for the appearance of their Messiah.

I grew up under Pastors schooled in Cessationist Theology. They basically taught that the power of God was lost, and the Holy Spirit became an impotent invalid, the day the Apostle John died on the Isle of Patmos. Salvation was still possible but other than convicting you of your sin and leading you to faith in Jesus, the Holy Spirit had ceased to function. That was not a bad thing because we were scientific realists… we “knew” that most of the miracles in the Bible could be explained in naturalistic terms and that demon possession in the Bible was nothing more than the ignorant ancient’s way of explaining mental illness. If you needed healing or a miracle, you could ask God but you knew that it probably wasn’t going to happen. We were a proper, uptown church. Modern, supernatural occurrences related to Jesus Name were really the work of charlatans working to deceive the poor and the ignorant in the Pentecostal churches and tent meetings on the wrong side of town. We were way too smart to fall for that kind of foolishness.

I soon learned that what they had taught me was wrong. When I got to the Mission Field, I participated in exorcisms and saw men and women set free… never to look back. I stood with other Pastors and prayed for the sick and watched undeniable healings occur. I watched people I knew get healed from physical ailments I knew they had… I knew them before and after their healing… there was absolutely no doubt that demons left and cripples walked. My own son was born with terribly deformed feet. They were backwards and stuck out from his ankles like hands from a wrist. I have the pictures to prove it. We were told he would never walk without crutches or a walker. One night, in a church in Puerto Ordaz, Venezuela, a man asked if he could pray for Christopher’s feet. We said yes, he prayed and Chris’ feet turned around… bones moved, muscle reformed and a six month old baby left church that night with perfect feet. He learned to walk like any other child and has never had a problem walking.

“When the servant of the man of God got up and went out early the next morning, an army with horses and chariots had surrounded the city. ‘Oh no, my lord! What shall we do?’ the servant asked. ‘Don’t be afraid,’ the prophet answered. ‘Those who are with us are more than those who are with them.’ And Elisha prayed, ‘Open his eyes, Lord, so that he may see.’ Then the Lord opened the servant’s eyes, and he looked and saw the hills full of horses and chariots of fire all around Elisha.” (2 Kings 6:15-17)

There is a very real but unseen world around us. Every once in a while, God opens a servant’s eyes and lets him see the unseen. There are many stories of similar things happening today. Not long ago, I read of a missionary couple in Africa. They lived in a small native style house, alone and unguarded. The communist rebels were making open threats to kill them. One night, they could see the house surrounded by rebel soldiers… the soldiers were there but they never attacked. The next day, the leader of the rebels came to talk to the Missionary. “Who were those shining giants who stood guard around your house last night?” he asked. The Missionary couple had seen no one.

There is a war of wings going on all around us. Satan has had a plan from the beginning. Scripture tells us that the Kingdom of the Antichrist will come. Satan will rule the world for a short time. He will make war against the Saints and he will prevail.

“It was given power to wage war against God’s holy people and to conquer them. And it was given authority over every tribe, people, language and nation.” (Revelation 13:7)

The Antichrist will be raised in the spirit of Nimrod / Osiris / Apollo… the spirit of Apollyon. This is unstoppable and this is imminent. The deception is going to be supernatural on a Biblical scale. This, Scripture tells us, will be the greatest evil the world has ever seen.

We win. Live or die, we win. Our God reigns. Hell is about to give up angels and spirits bound since the days of Noah. The Bible has always told us that. We were just too modern, too scientific to believe it. Even in the “Left Behind Series”, the evil is done by humans to humans. Scripture indicates that the world will be full of satanic beings… It is time we started to believe the Bible for what it says. Let’s throw away our modernistic, scientific filter… what the Bible tells us is about to happen is about to happen, Nephilim Chimeras, demons, fallen angels and all that other weird stuff… literally!

Be prepared in your soul. Stand firm to the end. Know that you will rule and reign with your God when it is all over.