Somehow, Pope Francis and the Vatican are at the center of all this. I know what has been said about an Islamic Antichrist but Rome is the oldest and best established Antichrist system in the world and Islam is the bastard child of Rome. 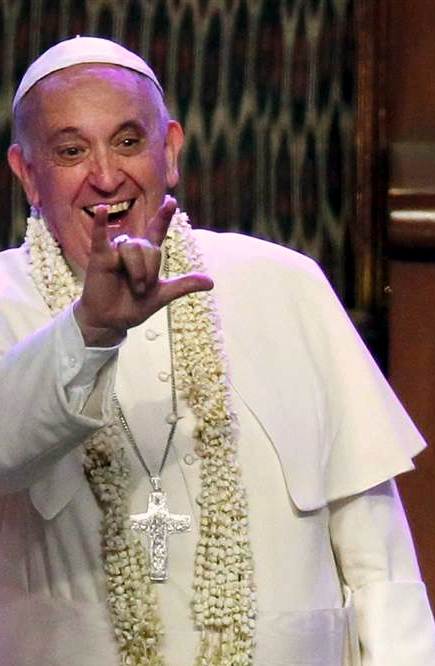 I believe that the change of the ages happened the end of 2012 and the Tribulation period probably started in September of 2015. They are in full swing now and evil will increase exponentially…

Somehow, Pope Francis and the Vatican are at the center of all this. I know what has been said about an Islamic Antichrist but Rome is the oldest and best established Antichrist system in the world and Islam is the bastard child of Rome.

Two time periods have been of great interest to the whole world of late, December of 2012 and September of 2015. Everyone had a theory of what would happen during those two time periods. Almost none of those visions came true at the appointed times. Two events that snuck under the radar, for the most part, really happened and they are tied together with an unbreakable bond. These actual events, one tied to December 2012 and the other to September of 2015, should really grab your attention.

First, let us review why the whole world was looking at these dates.

So, what happened in that time period?

We know that right before Christmas, in the same time frame as the December 21st, 2012 end of the Mayan Calendar; there was a terrible Coup in the Vatican that forced the resignation of Benedict XVI. While the resignation was not announced until February of 2013 and did not take effect until the end of that month, the deed was done in the year 5773.

All eyes were on September of 2015 because of the end of the Shemitah and the four Blood Moons. That was more recent and I do not think it necessary to go into detail. I am sure that you remember all the hype. We are still under the effects of the Shemitah and the current Market Woes and economic downturn are undeniably tied to the end of the Shemitah. Nothing earth shattering happened on that particular day however, as many had expected. The night of the last Blood Moon, many were expecting something to happen that would shake the world. When nothing of that magnitude happened, many were disappointed.

So, did nothing happen at that time? No, something very prophetic happened. It was quiet. Many Christians picked up on it at the instant it happened but most never saw it at all.

Jesus, in John 5:43, said, “I have come in My Father’s name, yet you don’t accept Me. If someone else comes IN HIS OWN NAME, you will accept him.”

“IN HIS OWN NAME”

On September 28th, 2015, the largest group of Heads of State, ever assembled together in one place, in the history of the world, was at the United Nations in New York.

Pope Francis stood before that group and the world. In his opening remarks, the Pontiff said, “Thank you for your kind words. Once again, following a tradition by which I feel honored, the Secretary General of the United Nations has invited the Pope to address this distinguished assembly of nations. IN MY OWN NAME…”

Who is it who has rejected the Christian façade of Catholicism and returned to its pagan roots?

Who is it that seeks to cause all religions to reject the doctrines that divide them?

Who is it who seeks to unite the whole world under the pagan religion of Sumer, Babylon, Egypt and Rome?

The Man of Lawlessness

COMING OF OUR LORD JESUS CHRIST and OUR BEING GATHERED TO HIM:

We ask you, brothers, 2 not to be easily upset in mind or troubled, either by a spirit or by a message or by a letter as if from us, alleging that the Day of the Lord has come.

3 DON’T LET ANYONE DECEIVE YOU in any way.

For THAT DAY WILL NOT COME UNLESS

THE APOSTASY COMES FIRST and

THE MAN OF LAWLESSNESS IS REVEALED,

the son of destruction. 4 He opposes and exalts himself above every so-called god or object of worship, so that he sits in God’s sanctuary, publicizing that he himself is God.

DON’T LET ANYONE DECEIVE YOU

THE APOSTASY IS ALL AROUND US. If you are saved, you cannot help but see it.

THE FALSE PROPHET WAS REVELED on September 28, 2015 at the United Nations.

The Beast is yet to come… Nimrod will rise.

Can you see what this means? Do you follow? Are your spiritual ears open? Can you hear what the Spirit is saying to the Church?

One thought on “POPE FRANCIS AS THE KEY TO THE AGE”