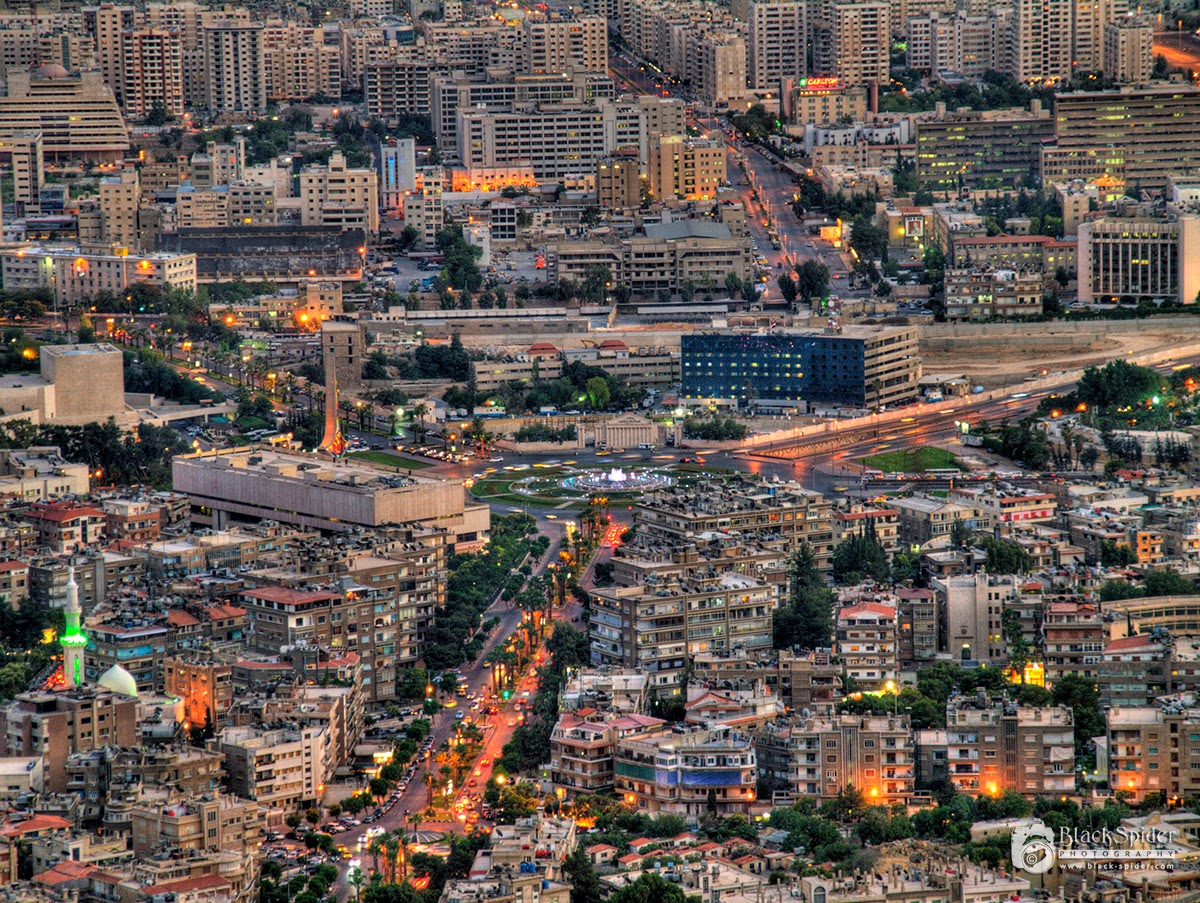 Isaiah 17 An oracle against Damascus:

Look, Damascus is no longer a city.
It has become a ruined heap.
2 The cities of Aroer are forsaken;
they will be places for flocks.
They will lie down without fear.
3 The fortress disappears from Ephraim,
and a kingdom from Damascus.
The remnant of Aram will be
like the splendor of the Israelites.
This is the declaration of the Lord of Hosts.

The largest oilfield in the world, lies under Damascus and stretches south to the Golan Heights in Israel.

Damascus is the oldest, continually occupied, city in the world. Syria is Israel’s oldest and most dedicated enemy. The Old Testament is full of stories of the atrocities committed by Syria in her ancient struggle against Israel and the God of Israel. When we see the children suffering in Syria today, our hearts bleed. God, however, has a very long memory. God remembers all the Jewish children who have suffered over three thousand years, at the hands of the Syrian people. The destruction of Damascus and Israel’s oldest enemy, is a sign of the end. It is the Word of God, and it is fixed. Damascus will be left as a “ruined heap.”

The interesting thing is that this is a war with Syria and Russia on one side and Israel and the United States on the other side. This is a proxy war. It is not the first proxy war and it will probably not be the last. We hate the Russians and so we kill Syrians who side with Russia. Russia hates the United States and so Russia kills Syrians who side with us. It is, at the root, a fight between Russia and the U.S., but only Syrians die. Strange and unfair, if you see it only in the present tense; fair and just, seen in the light of 3,000 years’ worth of dead Jewish babies.

I Have my eyes open. Jesus said to watch. I am watching. I have seen too many people make fools of themselves by trying to project a detailed future based on biblical prophecy. When it happens, we see clearly that it is a fulfillment of prophecy. Predicting the future in more than general terms, has made idiots out of men far smarter than I. I will tell you that Damascus will be left uninhabitable, nothing more than a heap of ruins. I do not know when, nor do I know who will drop the last bomb. I do know that it will happen and that, in the eyes of Almighty God, it will be a just and righteous end for a nation committed, from its founding, to fight against Jehovah and to destroy God’s people.

We have financed, trained and armed every soldier on both sides of this conflict. The purpose, for all of this, is to destroy Syria and obtain the petroleum for the Luciferian Elite. We want both sides to die; that is our goal and that is Russia’s goal… We hope to gain from the conflict and to see Russia lose. Russia hopes to gain from the conflict and see us lose. Everybody wants to see the Syrians lose. In the end, it will be the Rothschilds and the Luciferian Elite who win and the world’s bankers will become very rich, whatever the end should bring.

There are no “Good Guys” here, with the exception of Israel, and God says that the destruction of Damascus will bring glory to Israel… That, you can believe!