I had a gentleman ask me to comment on the transgender bathroom issue. I really didn’t want to. I just assume that you know that it is wrong and that it is of the Devil, but honestly, it is not that simple. 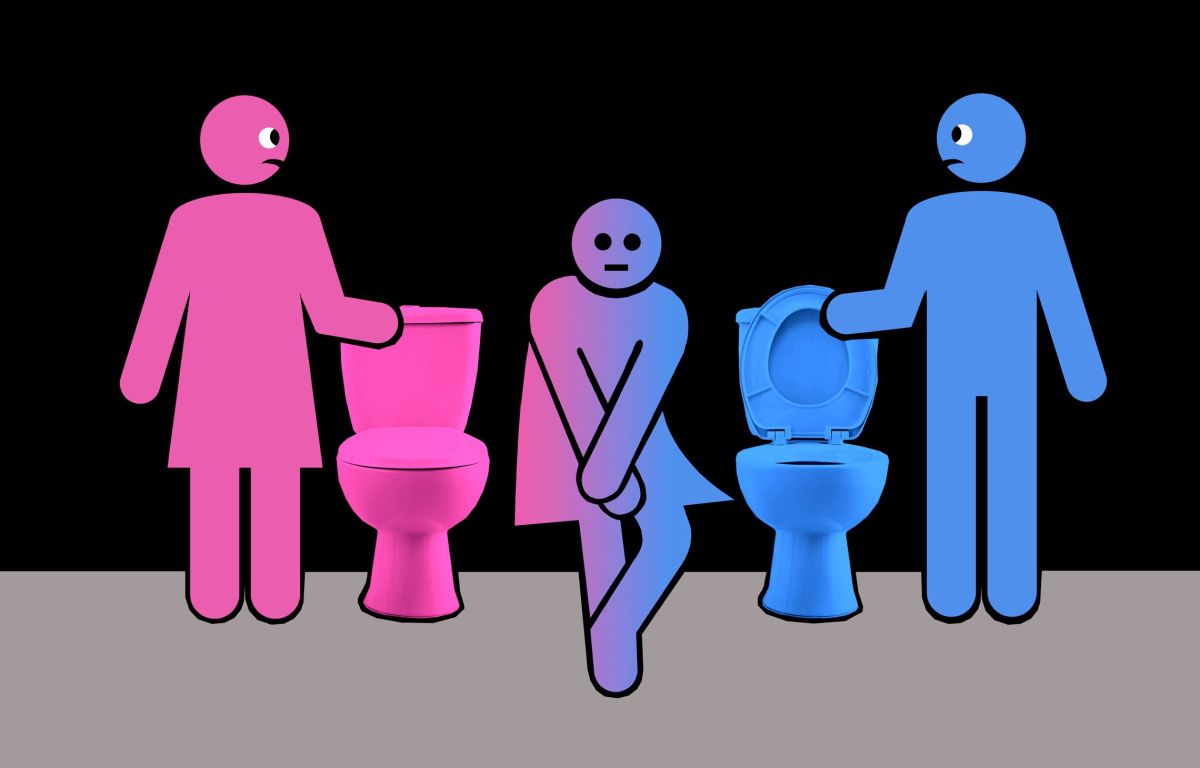 Woe to those who call evil good and good evil, who substitute darkness for light and light for darkness, who substitute bitter for sweet and sweet for bitter. Isaiah 5:20

Of course, you know it is wrong, but what is it, where did it come from and what are they trying to do?

Lenin, when he was first gaining popularity, pushed homosexuality and perversion. When he gained full control, he lined up the homosexuals, by the tens of thousands, and shot them. Homosexuality destroys a society and the bad guys know it. Sexual perversion is at its strongest when a nation is taking its last, dying gasps of air… Perversion kills.

The so called liberals… the top people are fully aware of these things. They are using sodomites and perverts to destroy American Society. The transgender bathroom issue is just one more step down the road to destruction.

This agenda demands stupid people and the United States is full of stupid people. We have sodomites holding up signs promoting Islam, while the Muslims are hanging sodomites in the countries they control. The perverts are rejoicing that the government is, at last, on their side. Having no historical reference, they are totally unaware that when the Left is fully in control, they will be rounded up and executed.

The sodomites and perverts are unaware that they are being used as a tool of destruction. That tool is very dangerous. They are being used to destroy the old American society but when the new people… the people who are using them, gain control, they will not risk their society for one minute. The same sodomites and perverts who ruined the last society are an extreme danger to the new society and they will be eliminated.

Today, it is the tearing down of natural distinctions between men and women. When the New World Order is in full control… men will use men’s rooms and ladies will use lady’s rooms… no question about it… this is a weapon aimed at us, intended to destroy us. When it is no longer useful, it will be withdrawn and the transgender population they protect today, will be exterminated tomorrow.

This requires a dumbed down, perverted, godless society, and that is exactly what we have. Today, they are godless… tomorrow, the whole world will have a god they can see… a god who demands worship on pain of death; today, they have no god… That is a weapon that leaves them rudderless and with no moral compass. They are deceived, but they think they are free.

Darwinism is a key. Judaism and Christianity taught us that we were a special creation, commanded to take dominion over nature. That gave us pride and standing… we knew who we were and we were important. We were created by God and we were obligated to act in a manner pleasing to God. We thrived and society was strong. What was right, was right. What was wrong, was wrong. Nobody had any questions.

Darwin tells us we are no more than animals. The natural reaction of one convinced that he is an animal is to behave like an animal. Animals do whatever seems right. Animals run around naked. Animals urinate together and defecate together… People who believe that they are no more than animals, have no shame… men urinating next to little girls? Why not? Monkeys do it… Did you ever see a girl dog too ashamed to pee next to a boy dog? What is the big deal? We are just animals. Dogs sleep with whatever comes along, shouldn’t we?

Just wait. Do you think this is bad? Pedophiles will soon be a protected group and it will be illegal to tell them not to touch your kids… Complain that he is molesting your daughter and it will be you who goes to jail. Public nudity will soon be a Constitutional right and your daughter will have to deal with naked adults tramping through Target… The New World Order will encourage this until the world collapses… it is then that the perverts will be rounded up and made to dig the ditches they will be buried in… Nobody has told them yet and so they are on the top of the world!

The big shame is that the church that started out preaching against sin, and then went silent, is vocal again… in favor of perversion… Jesus wants you free… Jesus wants you rich… just drive your new Bentley down to Target, prance around naked and feel out little girls… it is your right… If You want to do it, Jesus is behind you all the way!

But there is a remnant… Thank God that there are people who know the Jesus of the Bible, read his Word, love him and serve him… They will die, right along with the perverts. They too will be enemies of the State… but, unlike the perverts, they will go to be with Jesus… and thus shall they ever be…

4 thoughts on “ON BATHROOMS AND PERVERSION AS A WEAPON”