“Obama has lain in state for three days… The Pope Prays… Mary appears in the room and touches Obama… Obama, his real soul already in Hell, is incarnated with the spirit of Nimrod… Nimrod/Obama sits up and begins to address the world from beside the coffin…” 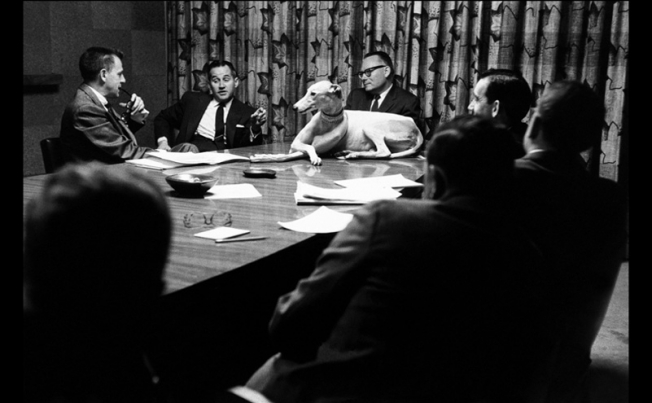 I have seen and understood so many pieces to the Prophetic Puzzle that is being assembled in front of our eyes, but I did not have the key that allowed me to put it together. As I start to write this article, I do believe that it is today, May 8, 2016, when I received the key.

A lady, by the name of Dianna Pulliman, posted a vision that she received from the Lord. I am very skeptical of visions and prophecy. I will often read two “visions from the Lord” in the same day, from people I am assured are “recognized Prophets”. The two visions will often be exactly opposite and opposed. For this reason, I pass everything before God in prayer and the Word in study. This vision passes both tests and it is the key that I was lacking. You can read the original article HERE.

This is part of what she wrote:

“As I was taking in what I saw, the Lord said, “They (Iraq) will receive him (Obama) with open arms, as he will be known as the one who took down the Great Satan.” End of Vision.

It was immediately relayed to me in the spirit that as soon as Obama’s mission in the United States is complete, he will leave the United States, and take up residency in Iraq. All the plans are already in place.

As the Lord said, “This was their plan from the beginning.” He will be received with open arms and celebrated as “the one who took down the Great Satan.” If you’ve followed the rhetoric from the Islamic nations, you already know this to be the term they use for the United States.”

So what are the pieces?

I could list more but that will suffice. We must ask ourselves, “What is the plan?” Some of what follows is conjecture but it is all in agreement with the Word of God. I will add current knowledge to the bare bones of the biblical account, but I will make every effort to ensure that nothing I say contradicts or violates the Scripture. Jesus upbraided the rulers of Israel because they had not understood current events in the light of the Word given by the Prophets. I am attempting to avoid their error.

Everything in the Bible, surrounding the Antichrist and the Kingdom of the Beast, centers in the Middle East, and in Jerusalem in particular. We are told, in Scripture, that Apollyon will ascend out of the pit. If you understand the pagan religions and the doctrine of the Gnostics and their secret societies, you know that Apollyon is none other than Nimrod. Nimrod ruled the world from Babylon the first time and he will rule the world from Babylon the second time. The Elite are preparing the way for his return.

Nimrod will need a human body. The assassination of a world leader will provide that body. More than that, it will provide an opportunity to fake a resurrection and establish Nimrod as the leader of the world.

Genesis 3:15 I will put hostility between you and the woman, and between your seed and her seed. He will strike your head, and you will strike his heel.

Nimrod was Satan’s seed. He was a super Nephilim. According to extra-biblical accounts, Nimrods father was Satan himself. His mother was Nephilim, half human, half angel. The pagan accounts say that his father was a god and his mother, half god. This made Nimrod two thirds angel and one third human, a “Super Nephilim”. I believe that this original King of Babylon could be the spirit now known as Lucifer, but that is digressing. He is the “One who was, is not, and will arise out of the abyss”, as opposed to Jesus, who is “the One who was, is, and is to come.”

The vision Dianna Pulliman had makes total sense… How else can you explain what we are doing in the Middle East? If I look at it as a plan that was known to George H. W. Bush before he spoke so longingly of the New World Order and sent our troops to Kuwait and a plan known to the Luciferian Elite before World War One, If I understand it as a plan that guided Clinton and Bush, a plan known to Hillary and The Donald, everything begins to make sense. They plan to destroy the United States, burn New York and establish Babylon as the New capital of the world.

Think about it. Obama invokes Martial Law, right before the election. Trump, backed by the Right Wing Media and senior military officers calls for the arrest of Obama… things happen and war breaks out… the government loses control and everybody is killing everybody… In the attempt to arrest Obama, he is shot in the head and dies… the government calls for a cease fire… the Pope flies into Washington at extreme danger to himself… Obama has lain in state for three days… The Pope Prays… Mary appears in the room and touches Obama… Obama, his real soul already in Hell, is incarnated with the spirit of Nimrod… Nimrod/Obama sits up and begins to address the world from beside the coffin… right there, under the Capitol Dome… still in the Womb of Isis… The Nation is in chaos, broken, never to rise again… New York is in Ashes… Obama, a gaping wound in his head, partially paralyzed, gets on an airplane, leaving to take up the position given him by Mary and the Pope… In Babylon, he takes his throne and orders the United Nations to restore order in the United States…