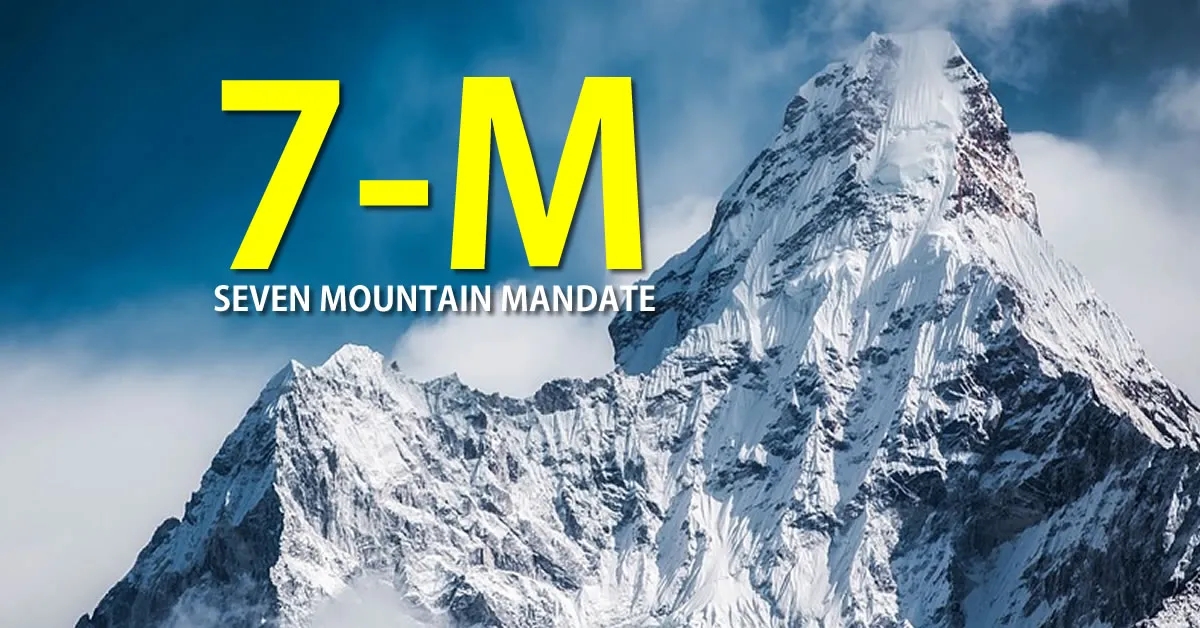 “In this sign conquer!” Dominionism was fathered by a fallen angel and given birth in the mind of the Roman Emperor Constantine. It was the dominate theology of the Holy Roman Empire, birthed the crusades, and remains the driving force behind the Roman Catholic Church. It is the key to understanding the actions and history of the Society of Jesus, the Jesuits. It is mixed strongly with Babylonian Mysticism and is a major teaching of the Masonic organizations. It is through the Masons that Dominionism entered the Protestant, Charismatic and Pentecostal churches.

Dominionism teaches the violent, military conquest of the world by the Church of Jesus Christ.

Dominionism is the central theme of the New Apostolic Reformation and Seven Mountain theology. The leaders of these organizations claim that they, like Mathew, Mark, Luke, and John, are Apostles. If their word violates written Scripture, not to worry, God has either changed his mind or the Scripture has been perverted and they are simply correcting the errors in the Bible. You cannot use Scripture to reason with them. They are famous for the use of Power Verses as magic incantations capable of forcing the hand of the Almighty, and large, sacrificial offerings to add power to the magic spell.

Dominionism is a many headed beast. There are great divisions among the leaders. Some would kill Muslims; others simply control them. Some hate Israel and call Jews “antichrists” while others would die to save Israel. The one thing they have in common is the idea that we must all unify under the Pope and form a theocracy that will force Christian Morals and behavior on the whole world. We must, quite literally, form the Kingdom of God on earth. When, and not until, we have formed the Kingdom of God on planet earth, Jesus will return to rule the Kingdom we have established for him. “Kingdom Now” is another way of saying Dominionism.

They are very vocal in their support of massive, public executions of all who would disagree with them.

Donald Trump is their hero and their great hope, but should he fail, they have a hundred replacements in mind.

No, none of that is in Scripture.

There is a great article on Dominionism here: https://www.phoenix-rising-birthingthestrongdelusion.com/did-the-new-apostolic-reformation-put-their-president-in-the-white-house

Please understand that this is the religion of the Antichrist. They speak of spreading Americanism, offering Life, Liberty, and the Pursuit of Happiness to the whole world… But that freedom is limited to those who will agree with and submit to them and their kingdom.

The current Pope is a Jesuit… This is his dream… This is the dream of the Masons, the NAR, and many, many Charismatic and Pentecostal pastors. Unity is the key word… This is the rebuilding of Babel, all men together with the same government and the same religion… This is the Right-Wing New World Order… the Novus Ordo Seclorum on the Great Seal of the United States and your Dollar Bill. It is this order that will deceive most Christians in the world and endanger even the Elect of God.

They will defeat the communist, godless New World Order but the order with which they replace it will be much worse.

That’s it, you got the picture!