“And, that is how Isis became the Virgin Mother of God. Being the Chief Goddess and the Wife of the Chief God, she became the Queen of Heaven when her life on earth was done… Horus was both god and the son of god…” 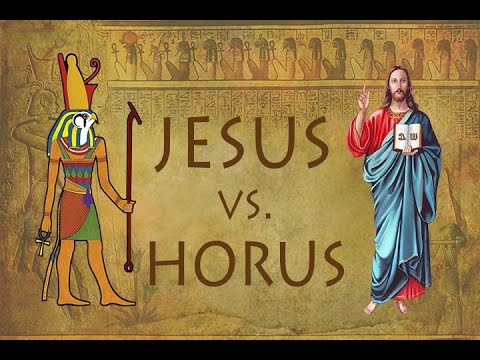 Satan had the run of Heaven for a very long time. You can read about it in the Book of Job. He was out of the loop, so to speak, but he heard things. God even shared things with him that he could no longer fully understand. He knew that he had fallen, and he knew that he had taken down mankind. God told him the basics… “The Seed of the woman will bruise your head…” He certainly had heard of the Virgin Birth and the incarnation of the Son of God. He did not know how it would all work out, but he knew the basic facts…

Satan, or Lucifer as he still prefers to be called, set out to do it first. He would do what God had said that He would do, but Lucifer would do it first… He just wasn’t quite as smart as he would like to think, and the story he came up with is so perverted that I shall be forced to leave out some of the grosser detail.

It is, as I have already pointed out, a perverted story. It is a story of a weird little family of gods… Yes, these gods existed but the stories that surround them have been greatly exaggerated. Osiris, Set, (not Seth) and Isis were brother and sister gods… Nice family, two boys and a girl.

Osiris and Isis fell in love and got married. Yes, they were both brother and sister and husband and wife. Before they could have sex and make a little baby god, the evil brother Set, got jealous and killed Osiris. He cut his brother/Brother-in-Law into fourteen pieces and spread his parts all over Egypt.

Isis was distraught… she was still a virgin and had no heir. Desperate, she set out across Egypt and gathered up all the parts of her brother/husband… all except one. It appears that his penis was thrown in the Nile and it was eaten by a fish.

She soon gave birth to a baby boy whom she named Horus. Horus was, according to Isis, the reincarnation of her brother/husband Osiris. Thus, he was her son, her brother and her husband. When he was just twelve years old, Isis married him and took him to her bed.

And, that is how Isis became the Virgin Mother of God. Being the Chief Goddess and the Wife of the Chief God, she became the Queen of Heaven when her life on earth was done… Horus was both god and the son of god… All the pieces of the story he overheard in Heaven were accomplished, albeit in a perverted and twisted manner.

Then came Jesus and we found out what was the real, untwisted and un-perverted plan of the Real God of Heaven. The Church was born and existed with the Real Story. Jesus, Son of God and Son of Man. This story was the foundation of the Church, but it had a familiar ring to it… it was not that different from the Religion of Rome.

Rome fought the Church for a couple of hundred years, but it became a losing battle. Roman soldiers would no longer attack the Church, they were Christians… Rome and Lucifer were losing bigtime. So, Lucifer gave the Emperor Constantine a dream. In the dream, our boy saw a cross and heard a voice saying, “In this sign conquer.” The Emperor woke up a Christian and set out to win the world under the sign of the cross.

Then came the Edict. All Romans would become Christians in thirty days or die… That was simple, but effective.

On that day, the Cult of Rome became the Roman Catholic Church. Osiris became “God the Father,” Horus became “Jesus the Son,” Isis became “Mary, Mother of God, and Queen of Heaven.” And the Bishop of Rome became The Holy Spirit… God on Earth, and the Mediator between God and Man…”

And, the greatest of these is Isis/Diana/Mary, Queen of Heaven and Mother of God.

It was this “Church” that gave birth to a bastard son called Mohammad, and Osiris was baptized as Allah…

Now, Allah/Father/Osiris/Horus/Jesus has become the Jesus of the cult of Dominion… and by violence they seek to take the world and submit it by force to the will of their God.

There are two stories. One story told by Lucifer, the other told by the God of Abraham and found in your Bible… Just make certain which story you believe.