The first goal of Lucifer’s Religion is unity… 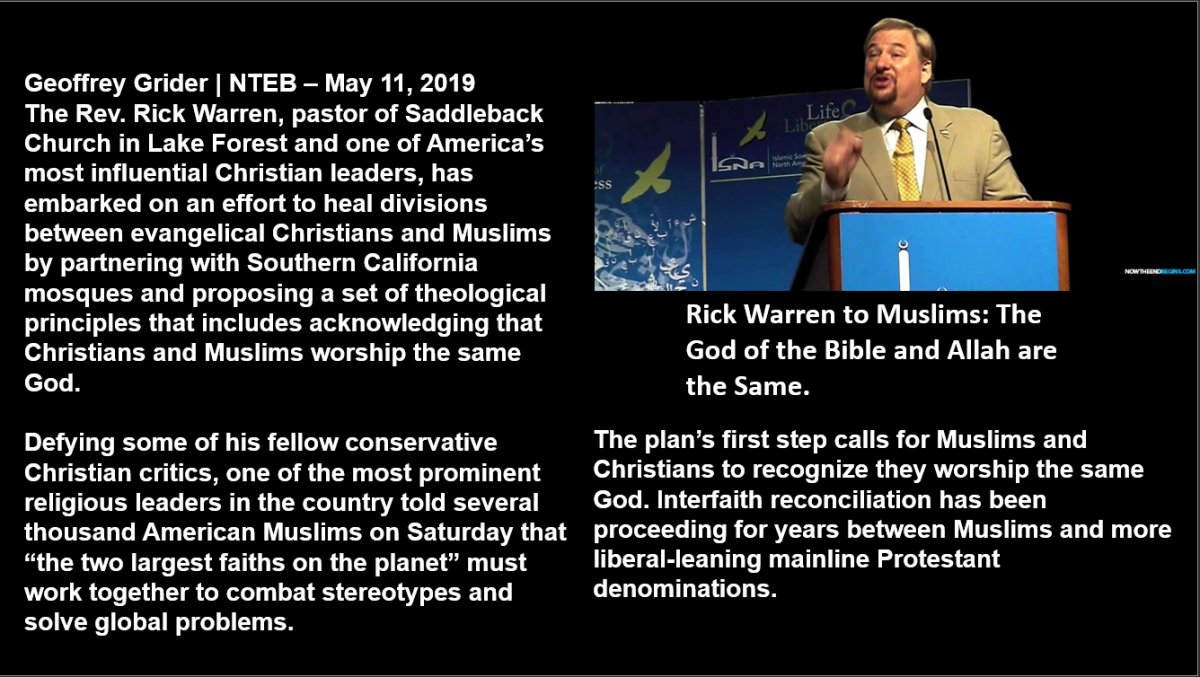 The video below addresses the new One World Religion that is being formed now, even as I type these words. This includes clips from Rick Warren and Kenneth Copeland, proving, beyond a shadow of a doubt that both of those men are working to unite Evangelicals, Charismatics and Pentecostals with the Pope and the One World Religion.

Every Religion needs a Messiah. These two memes, both of which came across my desk last week, represent the hopes and fears of those who are seeking to form this new religion… Repentance is out, and Jesus Christ has been replaced by Donald Trump; a man who has never repented and will never demand that his followers do so.

2 thoughts on “THE RELIGION OF LUCIFER’S MESSIAH”